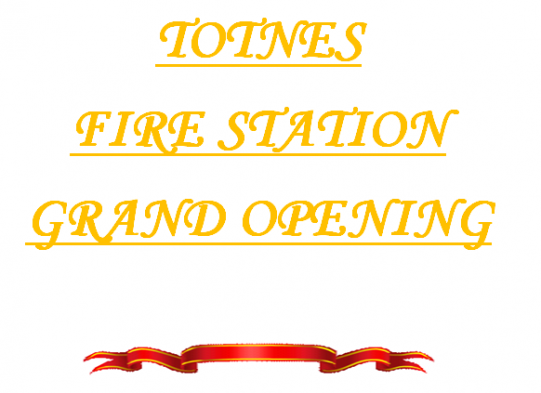 Owing to the unsettled weather, the Mayor and guests assembled in the Fire Station, and during the proceedings the Mayor left the building and then re-entered through the main door using a special key with which she was presented, and bears the Devon County Fire Service badge.

CFO Drake
"The scheme for the new Totnes Fire Station was mooted  in 1958 when it became known that the proposed Bourton Valley by pass would go through the then existing Fire Station".

Mayor Mrs Sargent
"The firefighters deserved a really good building in which to house their equipment and referred to the help given by the firemen in adding colour to the local carnival procession".

Committee Chairman Mr Farrel
"Was very pleased with the cooperation of members of Totnes Town Council. He was pleased to welcome the Mayor and other guests, particularly Alderman Day, who was not only Vice Chairman of DCC, but also Chairman of the County Finance Committee".  He also stated it was the 3rd opening of a new Fire Station in 2 years.

Alderman Mr Day
Speaking for the Chairman of DCC, Alderman Day said they were very proud of the men who were in the Fire Service. He also expressed thanks to Mrs Seaford and the wives of the Totnes firemen for providing such excellent refreshments.

The station to accomodate 3 Appliances - 2 Regular and 1 Auxiliary 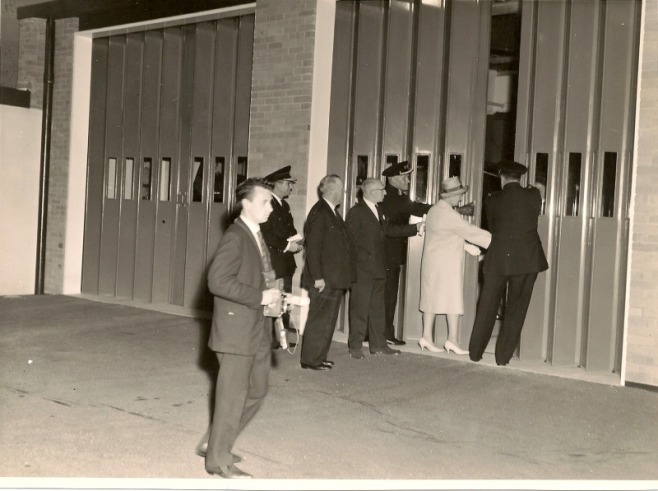 ABOVE
The Official Opening performed by Lady Mayoress Edith Sargent assisted by fire officers.
The official photographer in the wrong place at the wrong time. 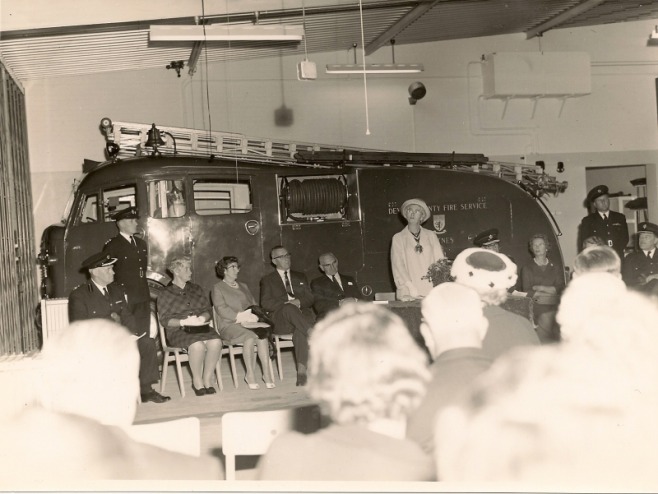 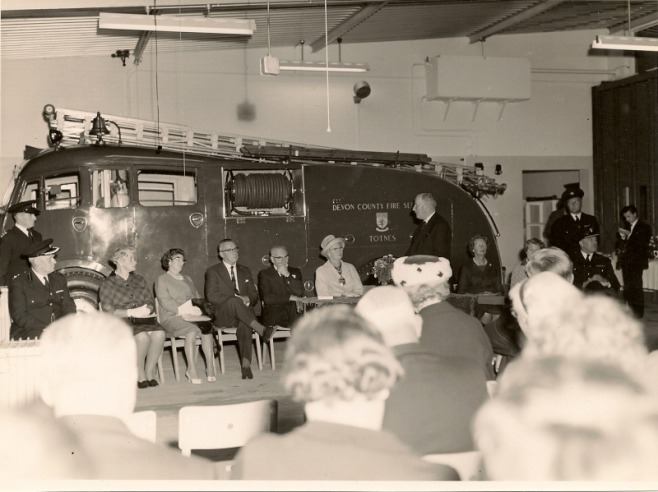 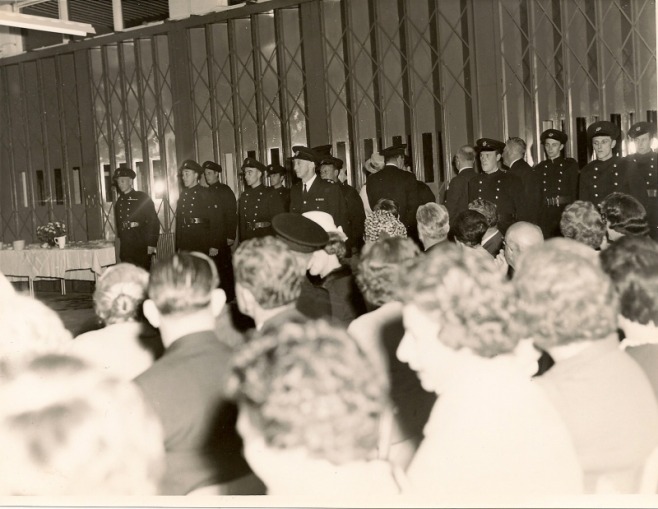 ABOVE
The Lady Mayoress, her entourage and Senior Officers inspecting the two ranks of well turned out firefighters. 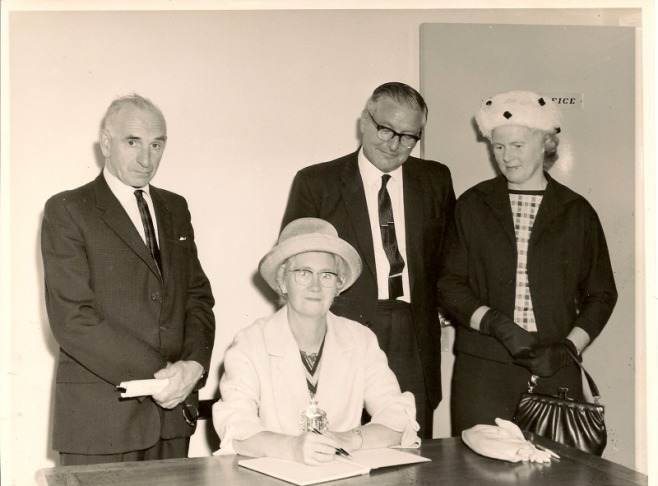 ABOVE
The Mayor Mrs Sargent signing the station Visitors Book

THE COMMEMORATIVE TREE PLANTING CEREMONY, A "SORBUS" MOUNTAIN ASH, PLANTED AS A SMALL SAPLING IN THE STATION GROUNDS, 11th AUGUST 1984, BY THEN CHIEF FIRE OFFICER JOHN KILLORAN OBE QFSM, TO MARK  THE 20TH ANNIVERSARY OF THE OPENING OF TOTNES FIRE STATION.
-----------------------------
The day was marked with the tree planting, displays and open day. 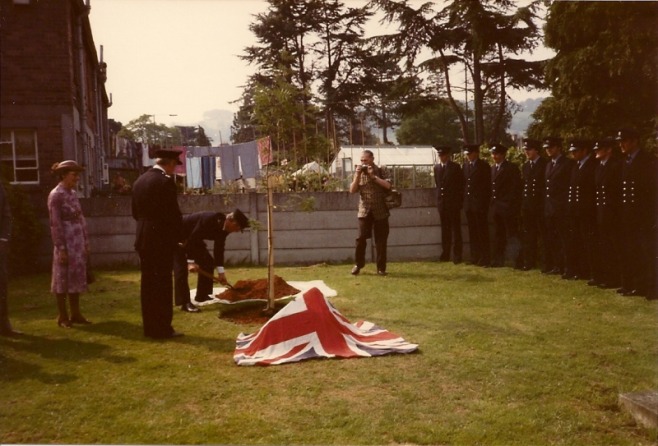 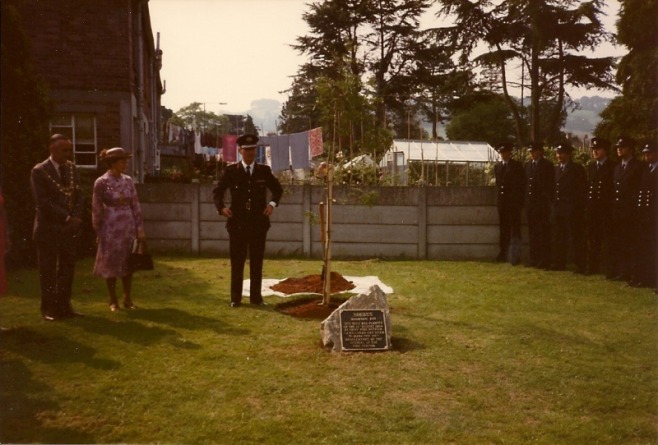 ABOVE
The tree planting by the Chief watched by Totnes Mayor Lewis Major and his wife, Station Officer Tony Bowhay and the station personnel lined up at the side. 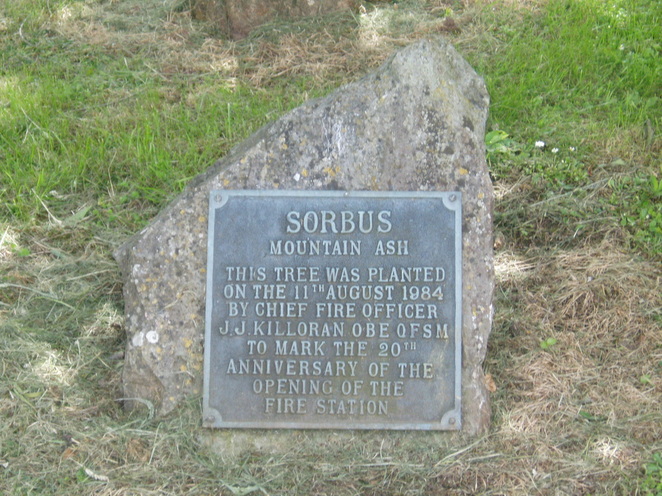 ABOVE
The commemorative plaque at the base of the tree 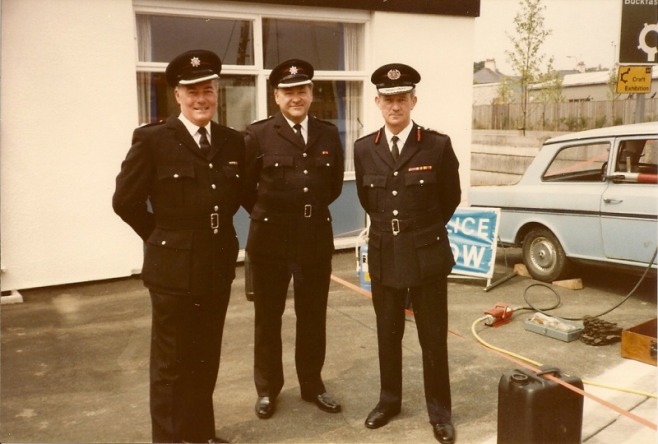 Standing beside one of several displays set up in the rear yard for the public to see the station at work.

Note the Blackhawk air operated cutting tool embedded in the "B" post of the car and the foot operated open/close valve on the ground. 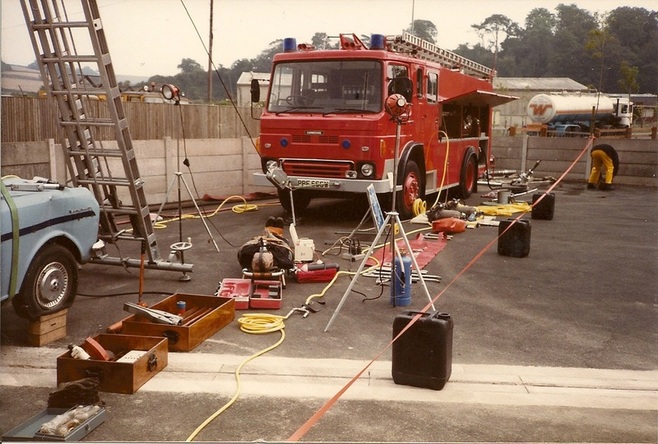 The same display with the equipment from PPF 666W set up. 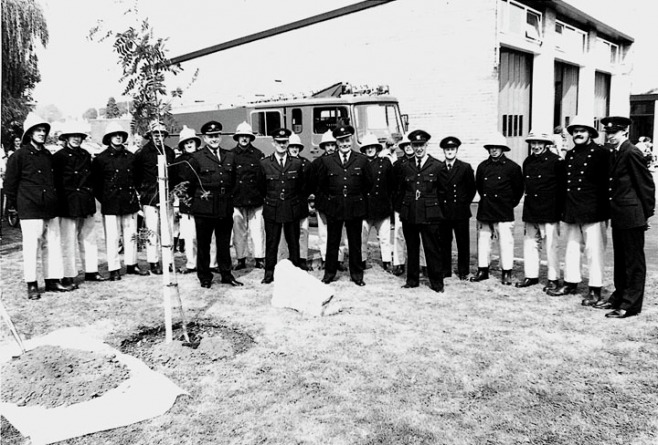 ABOVE
The official newspaper photograph of the tree planting with PPF 666W in the background. 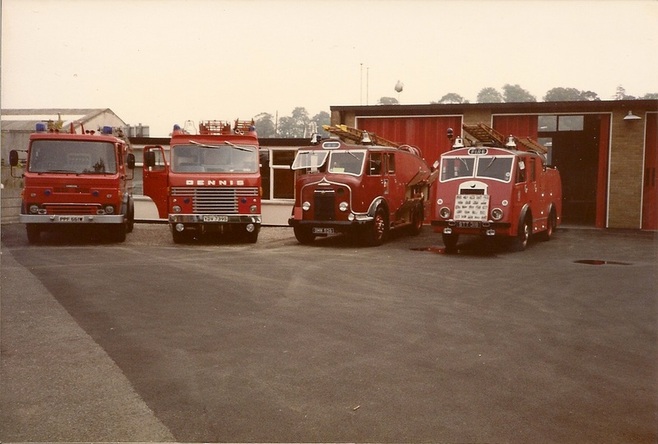 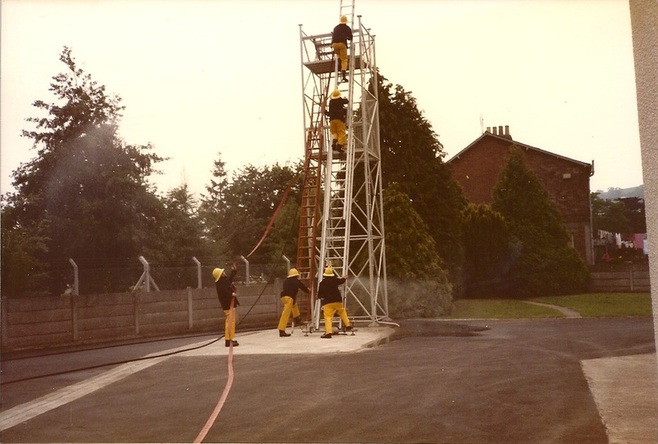 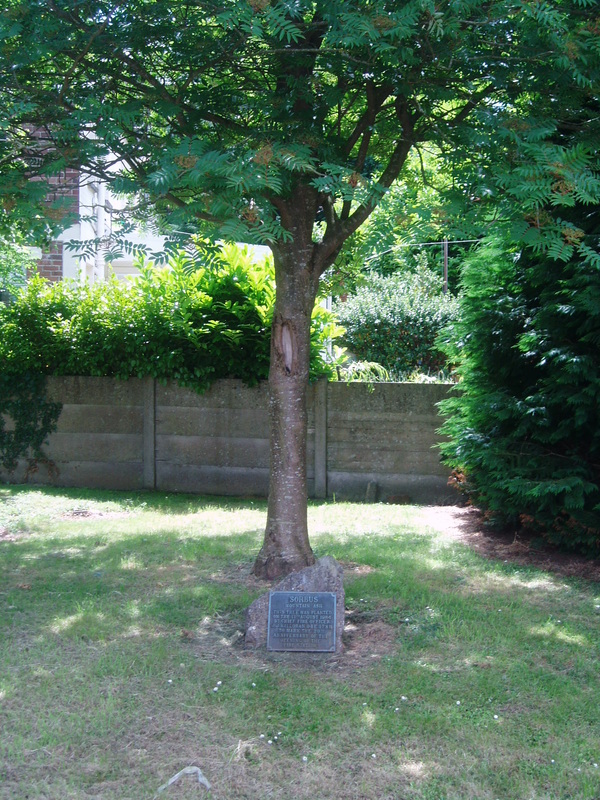