THE FIRE STATION SOCIAL SIDE

Any comments or additions by me on this page are intended to be light hearted and are made with no malice whatsoever.  I hope they are taken in the way they were meant.

Anyone who feels that the content, whether written or photographs, are inappropriate please contact me and it will be removed immediately and an apology will follow.

RICHARD DIGANCE
FOR ONE NIGHT ONLY 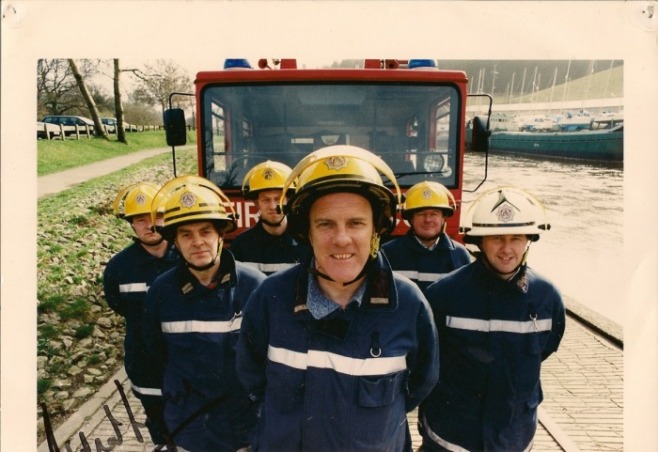 On the 21st May 1997 comedian and songwriter Richard Digance came to Totnes for a day to make the third of 6  programmes about unusual towns.  On the day, Richard - met with the Mayor of Totnes,  tried Dead Sea magic ?,  had an alternative haircut,  built a cardboard coffin and strangest of all,  he wanted to meet Totnes firefighters.  At the end of the day he told us he thought we were the only sane people in the town.


Totnes Fire Station has for several years entered a team in the Royal Marine Commando Challenge, held on Woodbury Common which is just north of the Royal Marines barracks at Lympstone, E Devon.

The Challenge is a test of nerve and stamina, as part of the course is through flooded tunnels and deep mud.  Several firefighters from other parts of Devon have joined Totnes just to take part.  Below is a few photos of the challenge, which in 2005 was a wholly Totnes team, but with one exception, Group Commander Rick Selley ( far right ) who has now returned to Plymouth.

ON STATION FOR THE OFFICIAL PHOTOGRAPH 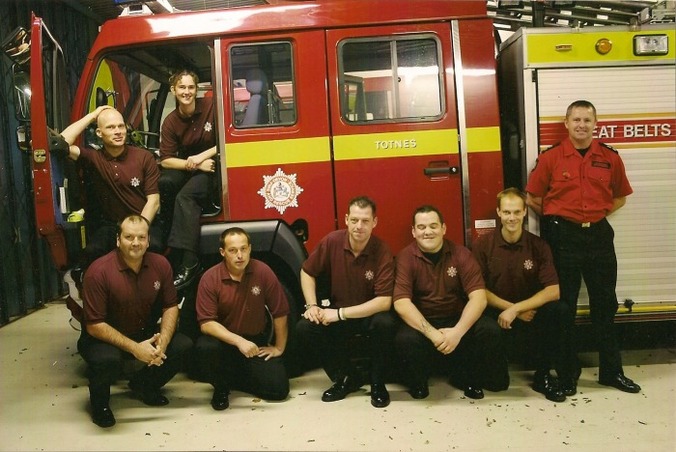 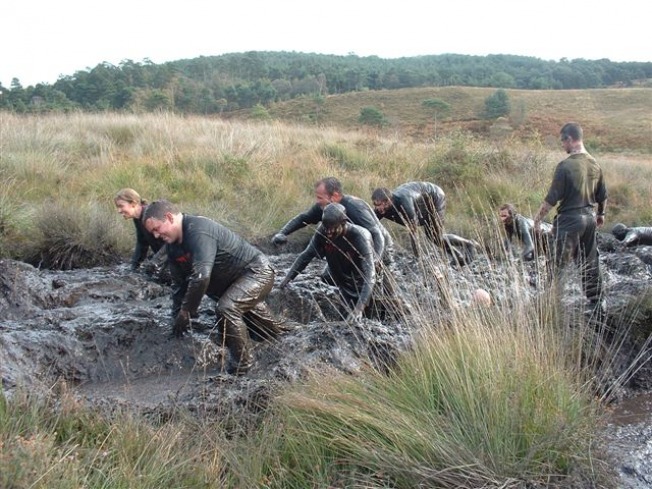 Some "gentle words of encouragement" from the Royal Marines. 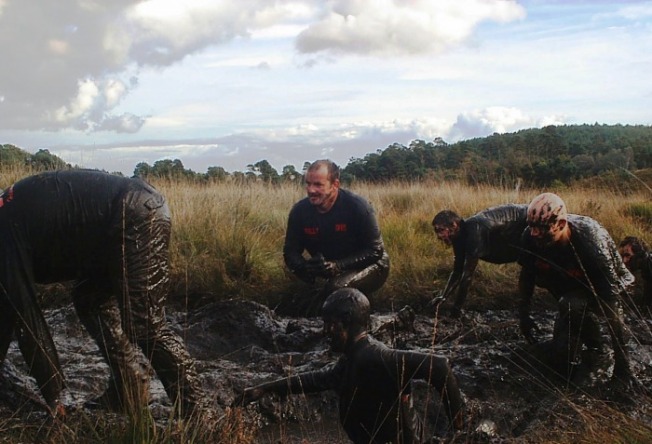 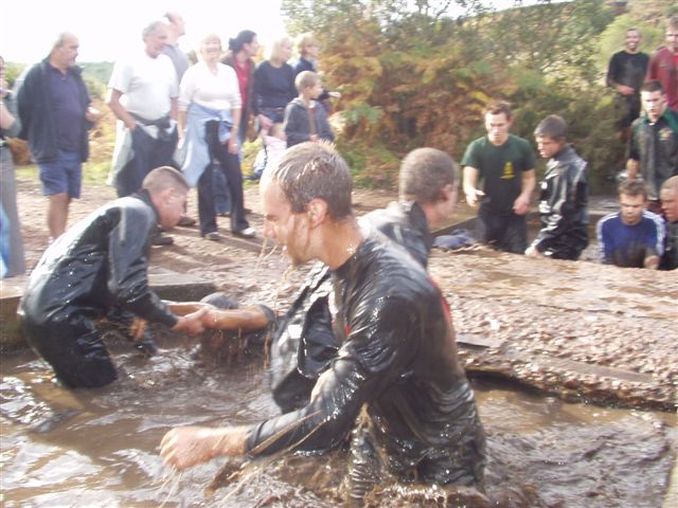 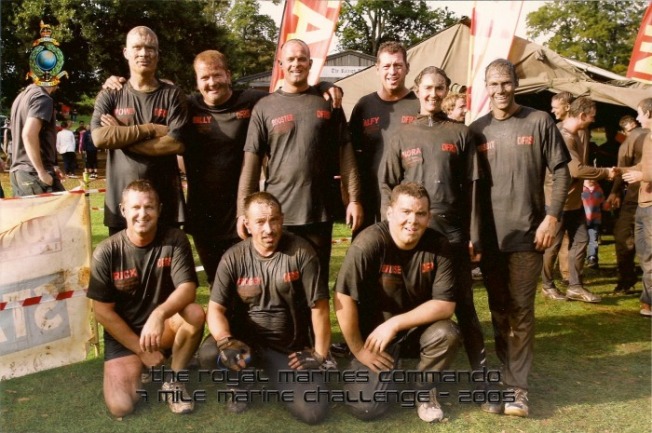 Originally started and run by the Totnes firefighters, who spend the evening organising fun events for locals and holidaymakers alike, outside the picturesque Dartmouth Inn, who kindly organised the barbecue.  The event is staged to raise money for the Totnes Carnival committee. 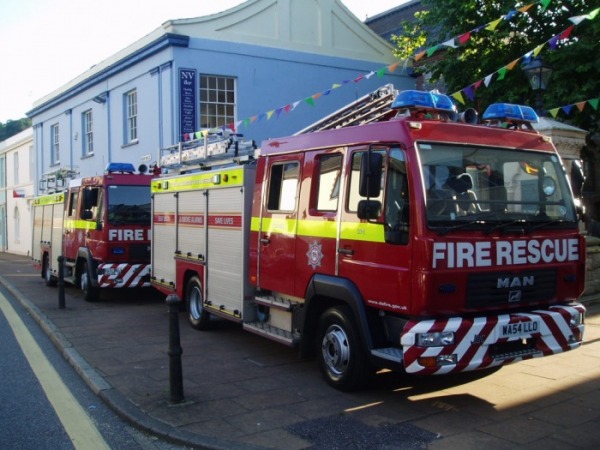 Both appliances at the fun evening looking spick and span.  Thanks Alfie. 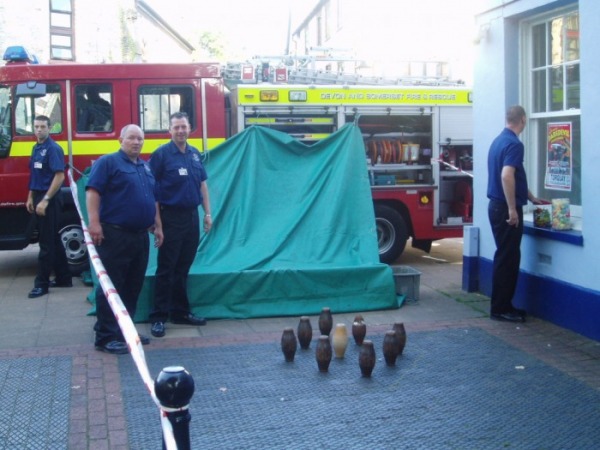 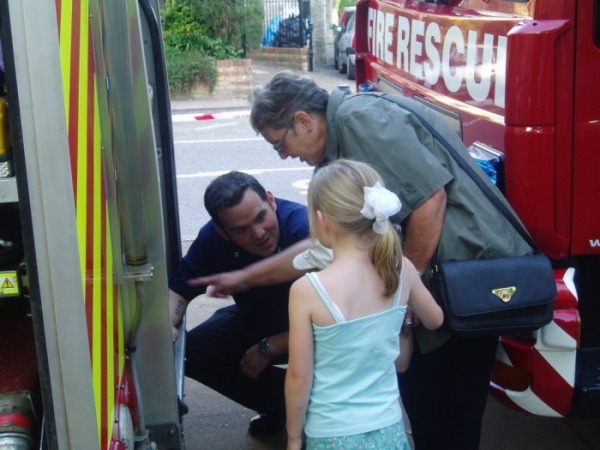 A lady telling Simon what the pump is for. 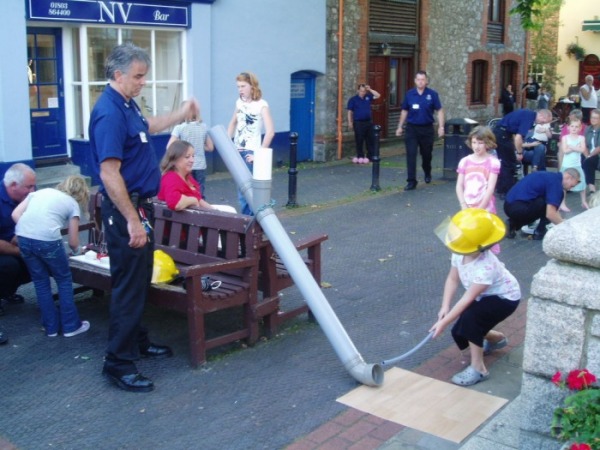 Paul, the Totnes Catch a Rat specialist.  On the right Darren and Rabbit organising the "airplane racing"??? 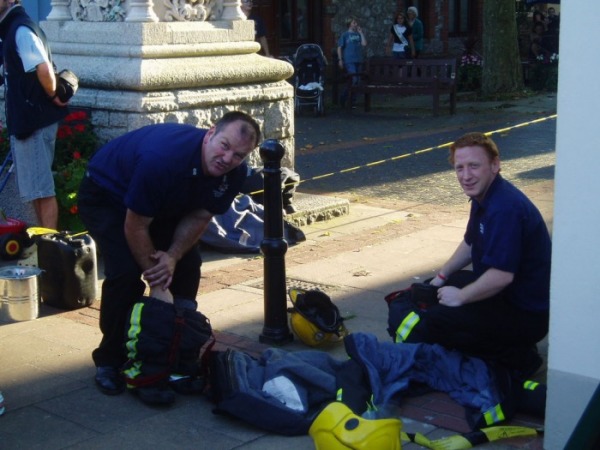 Billy and Kris sorting the old fire kit for the next childrens dressing up race.  I'm told Billy won. 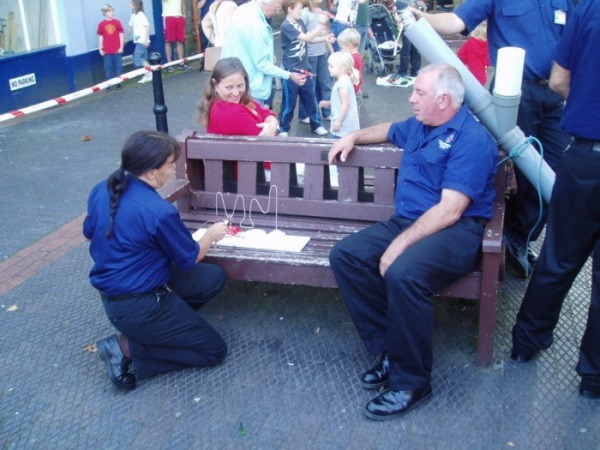 Nigel showing Liz how to re-wire a Volkswagen Beetle.  Nigel's the one sitting down. 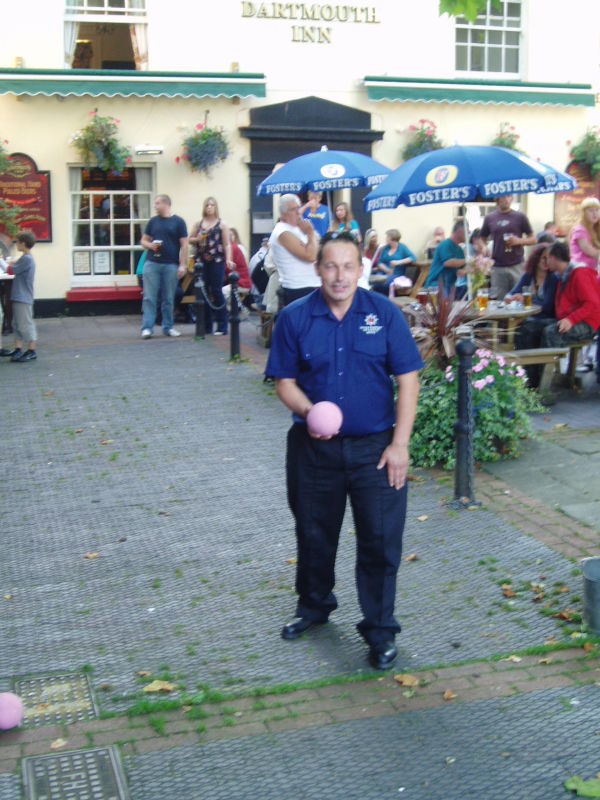 Skittles for the vertically challenged. Froggy showing us how it should be done. 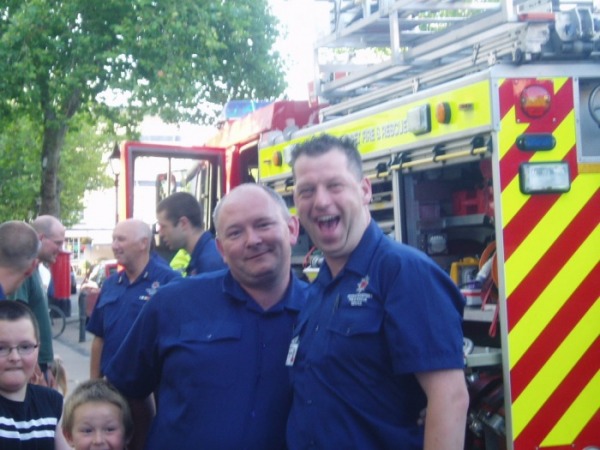 Digger and Alfie enjoying the evening with Steve and Dean in the background.

Totnes firefighters seen posing in front of 31-2 at the entrance to Follaton House.  Waiting for the procession to start.

Also there was myself, you guessed it, I was taking the picture. 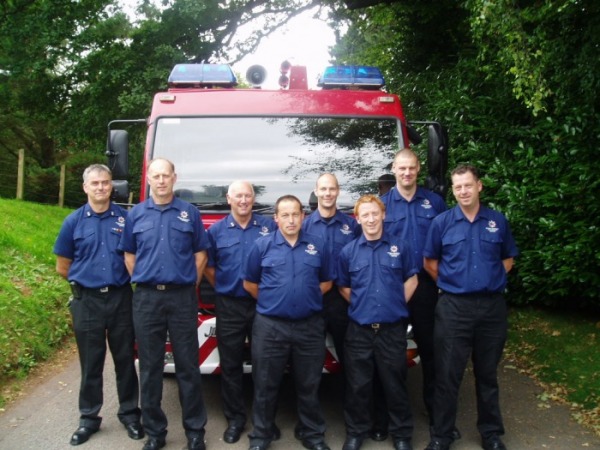