Totnes Fire Station, situated in the heart of beautiful South Devon is surrounded by windswept Dartmoor to the North, clean sandy beaches to the South and the cities of Plymouth and Exeter to the West and East. The seaside resorts of Torquay, Paignton and the famous fishing town of Brixham, collectively known as Torbay, are just a 10 minute drive from the town.

Totnes straddles the navigable head of the River Dart which starts on Dartmoor as two rivers, known as the East & West Dart, which meet at Postbridge on the moor and then winds it's way to the sea at Dartmouth.

Totnes, which is designated No 31 of the 83 stations in the Devon and Somerset Fire and Rescue Service has now been upgraded to be used as a community Fire Station, the modern recreation/lecture room can be booked by various organisations within the town for meetings, seminars etc. Putting the station facilities to much greater use for all.

The new Totnes Fire Station which was opened in 1964, replacing the old AFS (Auxiliary Fire Service) building which was eventually closed and demolished. The station, which shares the same main road entrance/exit, across a narrow bridge, as Totnes Ambulance Station has excellent access to all parts of the town, and is sandwiched between two busy main roads.

Built by local contractors Staverton Builders in 1964 on part of what is known as the Old Town Marsh, and is within 400 yds of the town centre. Station Officer Joe Seaford being the new stations first Officer in Charge. 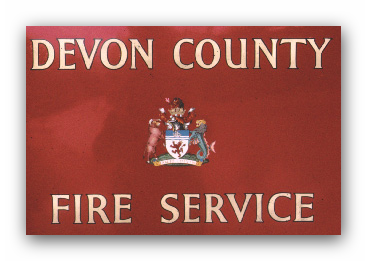 Devon County Fire service covered the more rural areas of Devon until the government reorganization in 1974.
Plymouth and Exeter had their own brigades. 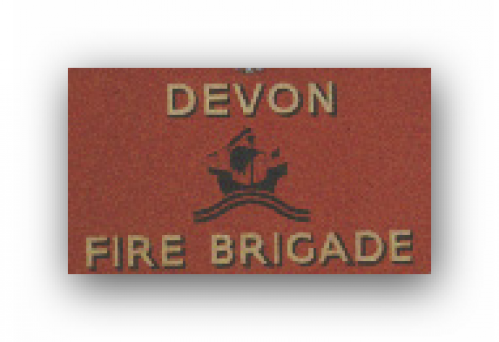 After the 1974 reorganization, Devon County Fire Service amalgamated with the City of Plymouth and the City of Exeter Fire Brigades to form the Devon Fire Brigade. Making one fire brigade county wide. 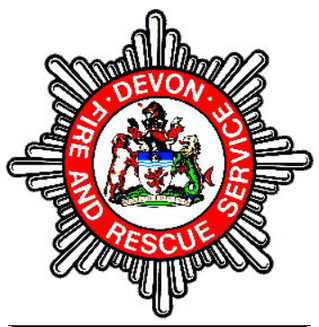 The new logo for the 2007 amalgamation of Devon FRS and Somerset Fire and Rescue Service.

An in depth look at the devastating town centre East Gate Arch fire, including videos of firefighting operations throughout the night and the following day.
First hand commentary, the actual Fire Control Room log of all messages, appliance and officer movements, from the initial call, to the return of appliances from the incident. 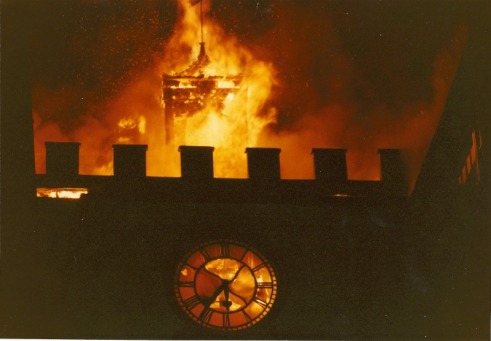 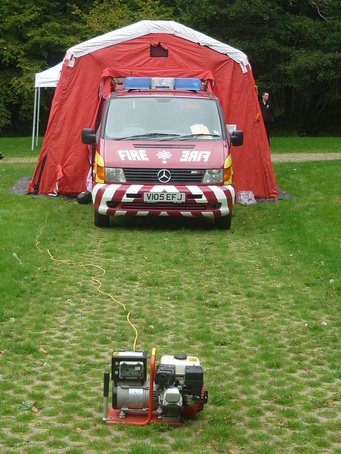 TOTNES IN CAMERA
PHOTOGRAPHS AND INFORMATION

A sister site to Totnes Fire Station. See the unique town of Totnes in detail.

A PHOTOGRAPHIC TOUR
TOTNES IN CAMERA 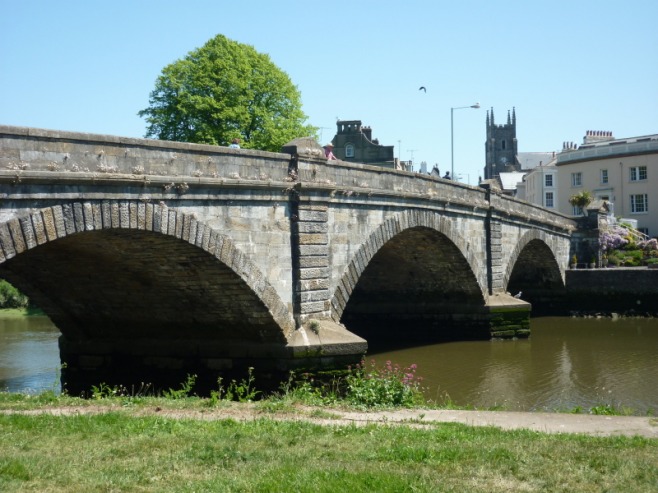 The elegant stone bridge over the River Dart, looking from Vire Island towards Bridgetown, with St John's Church in the background which was completely gutted by fire in July 1976.