A CUP OF TEA WITH THE NEIGHBOURS A QUICK LOOK AT OUR SURROUNDING STATIONS

FIRSTLY - A VERY BIG THANK YOU TO KEVIN HALE FOR THE USE OF THE EXCELLENT FIRE STATION PHOTOGRAPHS BELOW.   CHEERS. The station's front yard opens on to College Way, the steep hill which runs down hill to the picture postcard Dart estuary and the unique town of Dartmouth and up hill to the residential Townstal area, approx 1/4  mile away.

Have a happy and long one mate. Brixham Fire Station, 10 miles from Totnes, is situated on Bolton Street and approx 1/4 mile from Brixham harbour, home of the replica Golden Hind and the main town.  The much photographed, picturesque harbour is also a very well known fishing port and overlooks Torquay which lies the opposite side of Tor Bay.

Brixham is a two pump station, which unusually for Devon, the appliance bays opens straight onto a main road. Paignton Fire Station lies 6 miles from Totnes on Cecil Road and covers this popular seaside resort, which includes a large cinema, beach, pier and harbour. The station is between Brixham and Torquay.

Paignton is a two pump station, one W/T pump (24 Hr) and one retained pump.  Also stationed here are two "pods" ( Enviromental and Incident Support) and the prime mover. Kingsbridge is a one pump station with 12 personnel led by Watch Manager Paul Hammett and answered approx 140 calls in 2007. Torquay is the divisional station for the area with 3 pumps, Bronto HP and a Water Bowser.

The station personnel includes 64 W/T on four watches and 12 retained and answered approx 1500 calls in 2007. Newton Abbot is a 2 pump station with 20 personnel led by Watch Manager Mark Palmer and answered approx 600 calls in 2007, probably the busiest retained station in the brigade. Buckfastleigh Fire Station lies approx 7 miles from Totnes on Bossell Road.  The station covers the small town of Buckfastleigh, quarries, woollen mill, a large area of South Dartmoor, the beautiful Buckfast Abbey and a stretch of the A38 Plymouth to Exeter expressway.

Buckfastleigh is a one pump station with 12 personnel led by Watch Manager John Harler and answered approx 120 calls in 2007. Ashburton Fire Station lies approx 10 miles from Totnes and is situated on Eastern Road.  The station covers the Stannery town of Ashburton, stone quarries, a large school, a large area of South Dartmoor and and a stretch of the A38 Plymouth to Exeter expressway.

Ashburton is a one pump station with 12 personnel led by Watch Manager Derek Russell and answered approx 110 calls in 2007.

Ashburton has recently undergone building work which has almost doubled the size of the station. making a vast improvement. Modbury Fire Station lies approx 12 miles from Totnes and is situated on Dark Lane. The station covers the ancient town of Modbury which lies in a steep Devon valley between Ivybridge and Kingsbridge.

Modbury is a one pump station with 12 personnel and answered approx 90 calls in 2007. 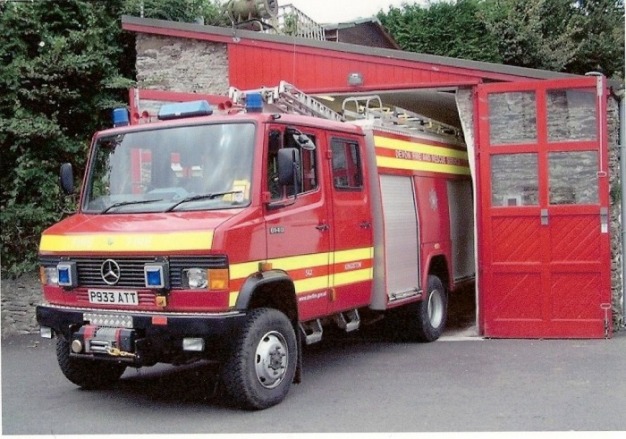 Kingston Fire Station, in the centre of the village, lies approximately 12 miles from Totnes and is one of only two volunteer stations in the service. Modbury FS covers a large rural area with several farms, thatched properties and villages, including St Ann's Chapel, Ringmore, Bigbury and the spectacular area of Bigbury on Sea / Burgh Island which includes a tidal causeway and large hotel.

Kingston has a small stone built station which houses a unique, Mercedes 814DA appliance which was built in house by the service workshops.  Kingston is led by Watch Manager Mervyn Freeman and answered approx 30 calls in 2007.

Thanks for the photos Merv.

AND LAST BUT NOT LEAST A LOOK AT OUR NEAREST NEIGHBOUR

WHERE OVER THE YEARS WE'VE HAD GOOD NIGHTS OUT AND A GREAT WORKING RELATIONSHIP. 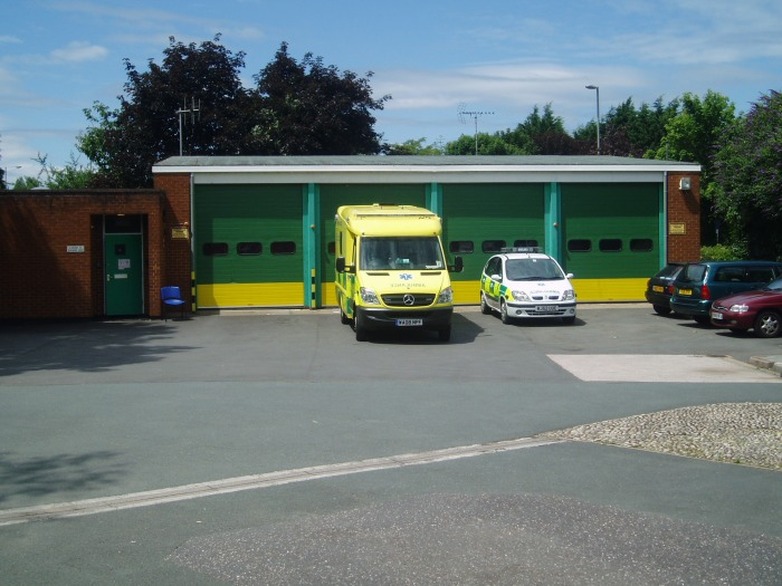