IN DAYS GONE BY 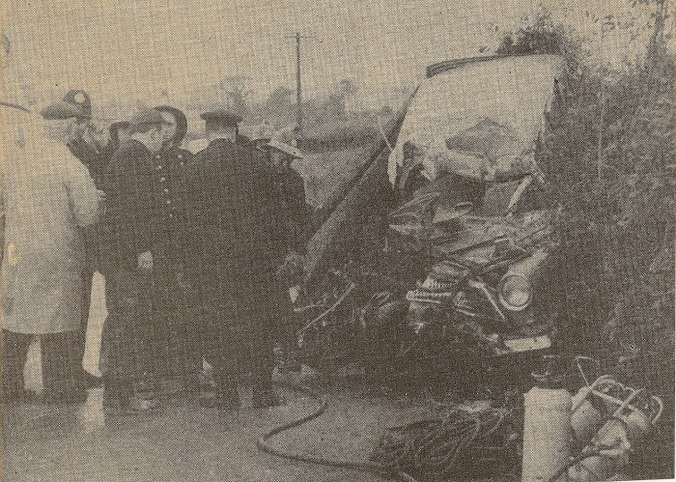 From this a man was rescued alive and he joked as they set him free.  For approximately an hour firemen toiled with heavy cutting gear as the man was trapped by his legs.

The accident happened on the Totnes to Avonwick road and involved two cars and a lorry.  The lorry had to be dragged from the crushed car by two power winches.

The Emergency Tender from Torquay ( 177 ) was also in attendance. 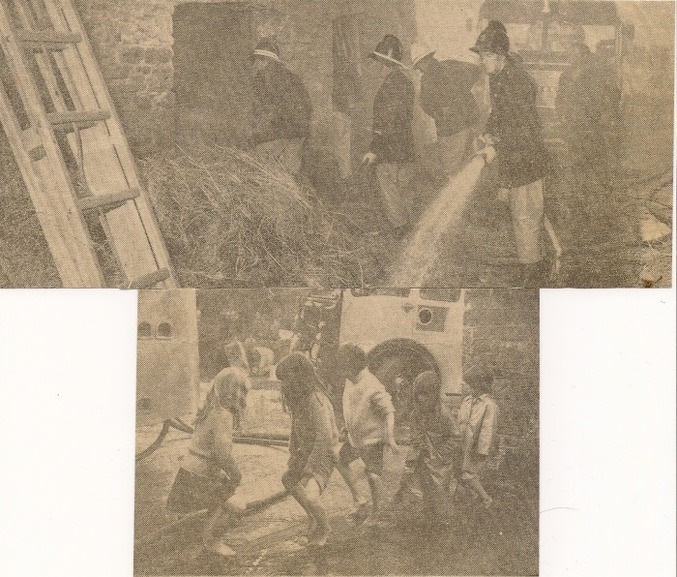 Pictured below are local children paddling in the lake of water from the firemen's hoses.

(In the background of each picture you can see both Totnes appliances.)

A large stone barn, well alight on arrival, 6 firefighters taken to hospital for a check up due to a large quantity of stored chemicals in the barn. None were detained. 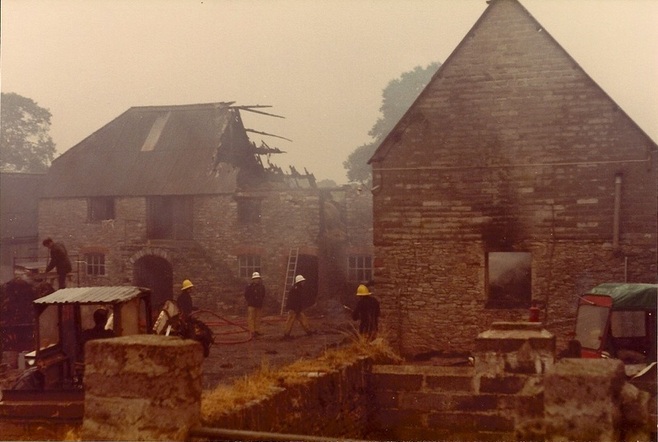 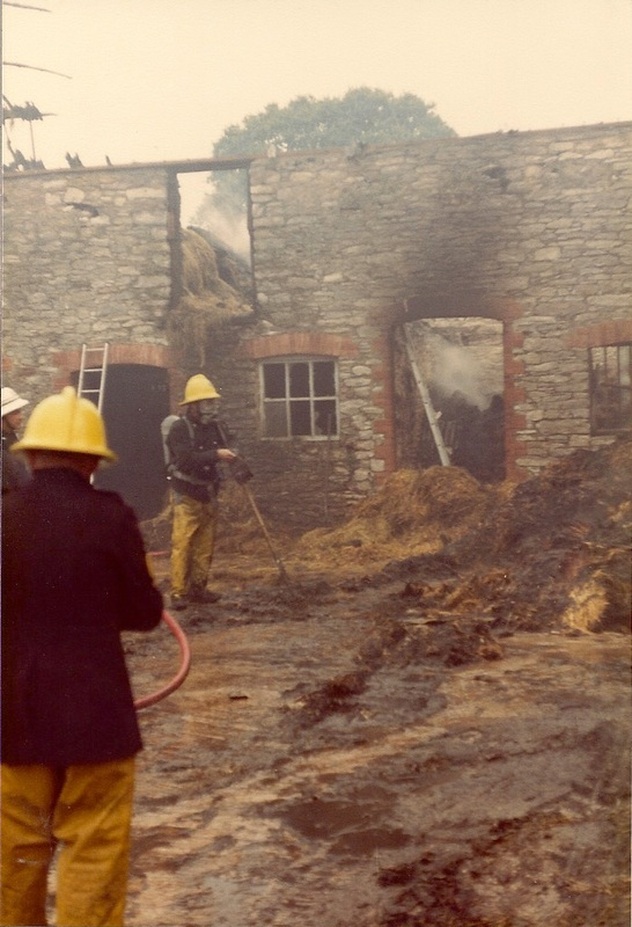 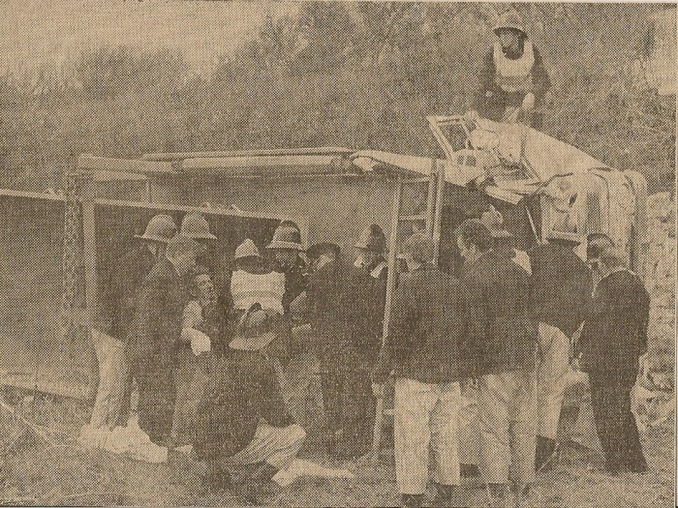 Totnes firemen rescue the driver who was trapped for nearly two hours yesterday when his skip lorry left the road at Staverton, near Totnes and somersaulted into a field. 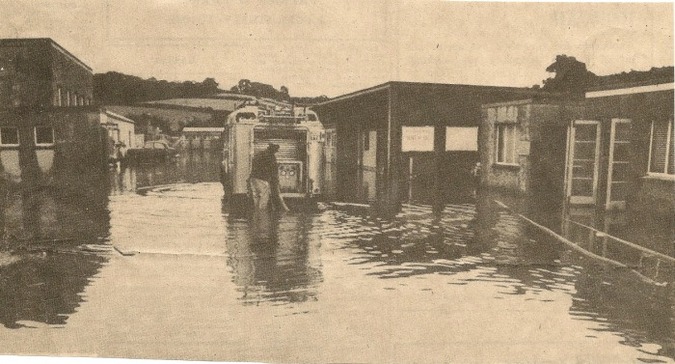 Firemen busy on the industrial estate, DDV 531C outside the old cattle sale ring clearing the area of water.  Eight pumps were used in the mopping up operation.

Flooding from the river Dart was a major problem in several low lying parts of Totnes and surrounding villages for several years. The new flood prevention scheme for Totnes was finished in  the 1980's and cured nearly all the flooding problems in one fell swoop. Below are a few photos of both our appliances outside the old South Hams Council depot in Babbage Road trying to move the water. 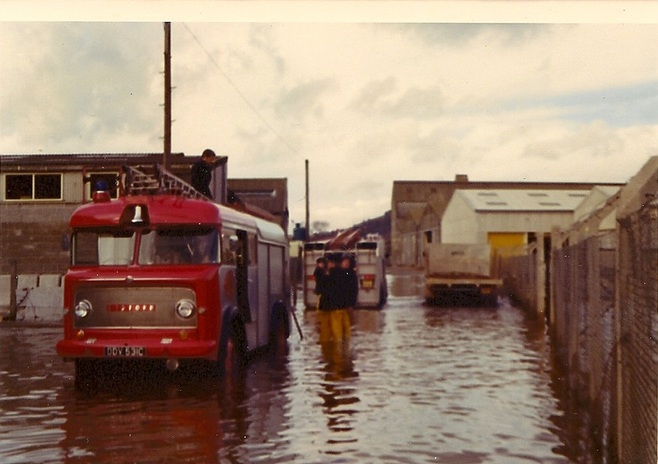 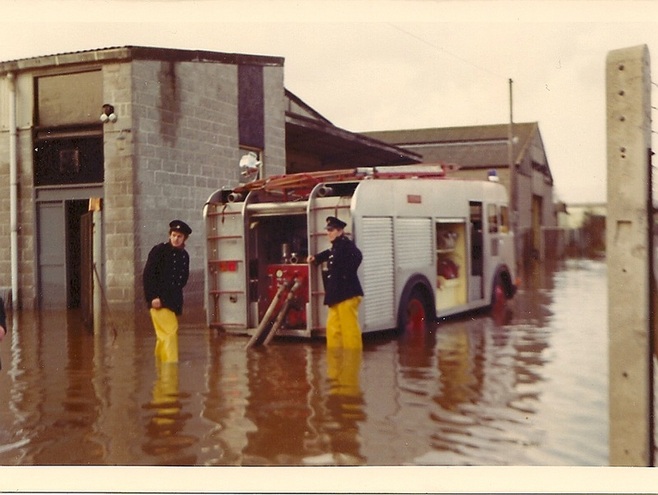 Paul Sherriff on the left and Peter Rae on the right at the back of OTT 308G, with very wet feet. 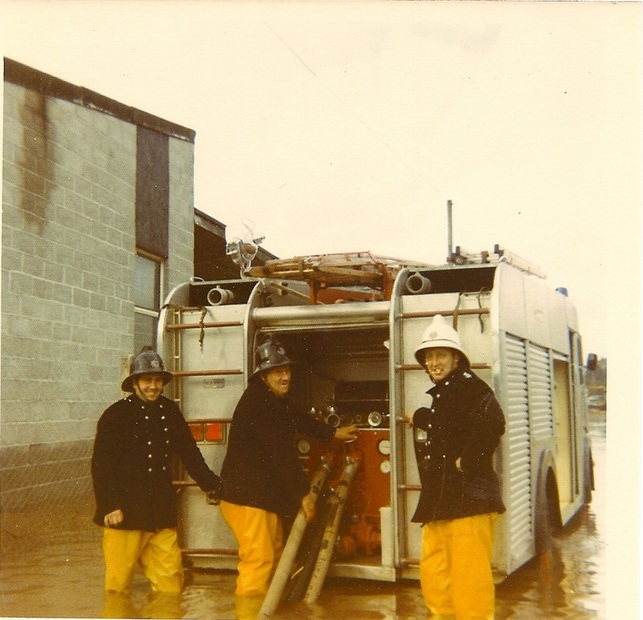 After a change of pump operators, the water seems to be getting deeper.
L-R
Terry Hooker - Stan Hannaford  - Tony Bowhay
COPYRIGHT©2008 - ALL RIGHTS RESERVED